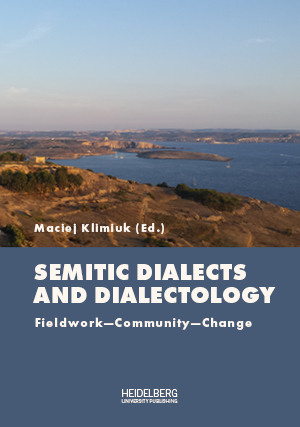 In contrast to other Semitic languages, the Arabic language has retained the interdentals / θ/, /ð/ and /ð̣/ (Versteegh 2001: 19). However, in many Arabic dialects, the plain interdentals have merged with the stops /t/, /d/ or the sibilants /s/, /z/, respectively. The emphatic interdental /ð̣/ changes to its stop or sibilant counterpart /ḍ/, /ẓ/ (see Al-Wer 2004). Whereas stop variants are associated with particular standard regional varieties, e.g. Egyptian and Levantine Arabic, the fricative variants are generally found in the Arabic varieties spoken in the Arabian Peninsula, the Gulf region and Iraq. Different linguistic patterns of variation in the use of the interdentals were found to exist in contact situations in the Arab world between speakers of
different dialects, and the direction of linguistic change takes a different course in different regions. In empirically and statistically tested data from different sociolinguistic studies in Arabic-speaking communities where both the fricative and stop variants are found, the tendency is for the stop variants to expand at the expense of the interdental fricative sounds (see for example, Jordanian Arabic and Palestinian Arabic, among others). This paper investigates processes of variation and change affecting the interdental variables (θ), (ð) and (ð̣) in the Arabian Peninsula in general and Saudi Arabia in particular. The majority of the dialects spoken in the Arabian Peninsula have the fricative variants; stop variants are used in urban Hijazi dialects in the
western region and in Qatif dialect in the region of al-Ahsa in the Eastern Province of Saudi Arabia and Bahrain. Various studies surveyed in this paper show that in contact zones between speakers of the fricatives and stop variants, the diffusion of the stop variants is characterised by a low rate of frequency. In this paper, I will present the details of the analysis of the process of variation and change affecting the interdental variables in many contact zones in Saudi Arabia in general and among Najdi speakers in Hijaz in particular, and I will argue that, with regard to the pattern and direction of linguistic change, in Saudi Arabia, speakers of the interdentals orient to a supra-local norm rather than the local norm.