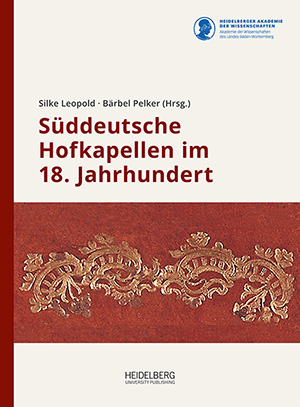 Schriften zur Südwestdeutschen Hofmusik (Writings on South-West German Court Music) are an Open Access publication series edited by the „Südwestdeutsche Hofmusik“ research centre of the Heidelberg Academy of Sciences and Humanities. It primarily publishes the results of the research centre in the form of monographs, conference reports and annotated source editions.

When processing the history of music at the courts of the nobility and rulers of south-west Germany in the eighteenth century, the research has included not only the historical aspects of music and culture, but also social history and economic aspects. Other focal points for research include a comparison of historical institutional issues in a pan-European context, stylistically critical investigations into the practice of composition, studies into the roll played by court music in the developmental history of the modern orchestra, taking particular account of innovations in instrument manufacture in the eighteenth century, as well as questions about historical performance practice. The results are published as monographs and conference reports, as well as annotated source-editions.