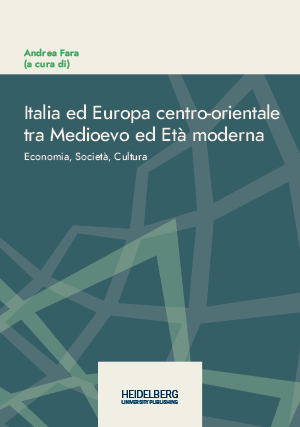 Abstract Until now the emigration of Slavs and Albanians in Central Italy has been studied above all as regards the territories of Abruzzo, Marche and Romagna. The research conducted in the archives of various cities and towns of Umbria and Lazio, not to mention the city of Rome, has allowed us to highlight a not marginal presence of groups of Slavs and Albanians who, crossing the Apennines, went so far to the Tyrrhenian coast and came to settle, not without some concern for the authorities, in cities and villages in serious demographic crisis still in late XVth and early XVIth centuries. In particular, as regards the Albanians, various diversities emerged between the Albanians in towns and cities of the Maremma laziale and those in Rome: diversities of trades and activities exercised, of behaviour, of social consideration by host societies.