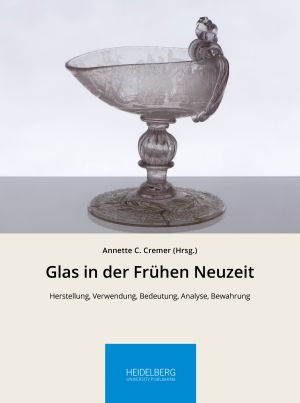 Abstract This essay focuses on the early history of etching glass objects with hydrofluo­ric acid. In this fascinating technique, some parts of glass are covered with wax or other resistant agents and then the object is immersed in acid. The parts of the surface that have not been covered with a resistant are partially dissolved by acid, resulting in a surface less transparent and in effect similar to the result of sandblasting. It was not until the nine­teenth century that the technology became increasingly popular for the mass-production of tableware, but its roots go back to the German city of Nuremberg, where in 1670 the glass engraver Heinrich Schwanhardt discovered the previously unknown substance and its use for altering glass surfaces in a novel manner.