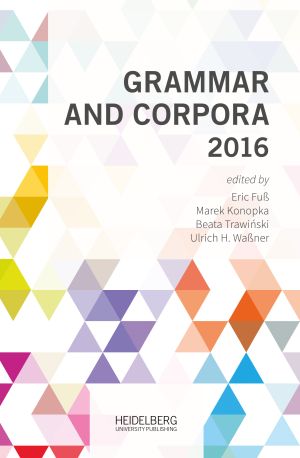 Abstract Grammar studies have had overly ambitious goals. Computational linguistics, grammatical theory and corpus linguistics increasingly avoid the claims and perhaps even the goals of comprehensiveness. While parse accu­racy (really parse and disambiguation accuracy) was a hotly contested field in the 1990s in computational linguistics, progress has stagnated in grammar-based work, even with models that include hundreds of thousands of independent vari­ables. In grammatical theory, transformational generative grammar now limits its interest to “core” processes, while alternatives such as construction grammar seem to foreswear comprehensive studies, at least implicitly. Corpus linguistics, the focus of this volume, has always been more modest, and while it draws on ever more impressive amounts of data (> 1010 words/tokens), it also includes a lot of work on grammar differences — a fascinating, but different subject — rather than what constitutes grammar. I’ll argue here nonetheless that corpus linguis­tics has a very valuable additional task in verifying judgments of unacceptability.